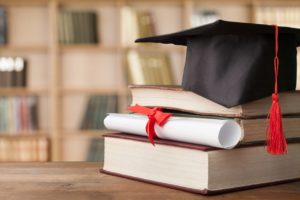 Dr. Gerard Jellig has spent a couple of decades in the education sector and is an experience educator and administrator. Jerry Jellig has seen many changes in our educational system over the years and is well-positioned to give opinions on the state of schools.

One trend that Jerry Jellig has picked up on is how the perception of the value of a college degree has changed. Dr. Gerard Jellig has seen our society evolve in terms of how it views a college education and he’s here to share his thoughts on the matter.

Here’s our Q&A with Jerry Jellig on why getting a college degree still matters and how we can better prepare our students to make better decisions when it comes to their higher education choices:

Q: Why do you think the importance of college degrees has seemingly lost some credence over the years and why do you believe a college degree is still important?

A: “I think the almost singular reason why we’re questioning the necessity of a college degree is the spiraling costs. It is now, as the father of two freshmen in high school who will presumably go to college together and don’t currently present as likely athletic scholarship type of kids, you can spend in excess of $70,000 a year. And with four children, that’s a debt that’s unimaginable. So I think to some degree higher ed has done this to itself. Similarly, I think the pendulum has swung so far from a career and college to just college, college, college and a little bit about career that we have lost sight of the fact that there is a cohort of children who at age 18 are more interested in and perhaps more equipped for career commitments. And there are a lot of opportunities in those fields where you can go right to work with a short apprenticeship and earn a living. I would say that’s a little bit of an old-economy way of thinking. Many of those jobs are becoming automatized and require a lot more academic preparation. And I think we need to look farther than the rust belt to understand why those opportunities are fewer. And money isn’t everything, but when you look at the career earnings, or even on an annual basis, of someone without a high school diploma, with a high school diploma, with an associate’s degree, with a bachelor’s degree, and with an advanced degree, it isn’t murky. It’s crystal clear. So you are looking at a lifetime of decreased earnings based on how far your education goes. It’s not all about money. It goes back almost to Aristotle and ‘What does it mean to be educated?’ And there is value in civic debate, building a community, to education beyond the job that you will one day perform. I think that colleges and universities are going to have to get smarter and think people are going to have to start saving sooner. And we can probably do a better job of creating a marketplace that values for children everything from career to college. The one cautionary note for me is that for the last 30 or 40 years we’ve decided for kids where they were going. And that was criminal. The boys who didn’t do well on certain assessments were put in small engine repair classes and not advanced math, and their course work was determined for them, which criminal at 14, 15, 16 when we’re not fully made. To have the institution determine our life’s path was unreasonable. Girls took cooking and typing and were sent on their vocational track. But as it turns out, learning is complex; it’s not linear. A lot of children find themselves achieving higher at a later date and discovering passions at a later date. And in the old system it would have been too late. They would have been done with high school and missed some of the college opportunities that other kids have. So we just want to be careful that we don’t decide for kids, even if it’s subconsciously, which I think is what happened before. I don’t think it was craven. To say, ‘Well you’re not good at math so we’re going to have you learn how to work on lawnmowers,’ I think sells short the continuum that is learning.”

Q: Do you think anything can be done prior to college that can help students become more self-aware and make wiser decisions for their future?

A: “I thought it was really powerful when the Obama’s oldest daughter declared herself to be pursuing a gap year. Because I think it is asking a lot of kids at 17 or 18 to make a life choice like that. So I think one of the successful institutions in education is community college. I am a graduate of the United States Army. That’s what I did at 17. There are other entities that are out there for kids who are not fully ready to commit to one course or another. So I think one thing we can do is continue to create opportunities around that, which doesn’t say college isn’t going to happen. It just says it might not happen this year or next year. And I know for me if I had gone to college at 17, which was possible, I would have been ridden with debt, and uncertainty and immaturity, as opposed to three years of military service, my life would have been drastically different. I think it’s almost laughable to declare a major when you go to a college. Many kids have not even been away from home for a night and now they’re declaring what they want to study. We all know that you can change careers, but it’s still too big of a decision for many kids to pursue. So I think just being more thoughtful about these associate-level programs at community colleges and other apprenticeships and opportunities to volunteer for a year that comes with a stipend that’s sustainable, which is what I think the oldest Obama daughter is doing, is fabulous. There are opportunities now on these community college campuses to earn bachelor’s degrees without ever leaving. I actually took community college classes in my last few years in the Army and it was very different. If you’re the kind of person who isn’t looking to go to frat parties, drink your face off, tailgate every weekend, but maybe if you’re someone who is career driven and wants that education you can now go to these community colleges and literally take two years or about 60 credits of college and then you start taking university-level classes at community college and never leave the campus. My mother taught 40 years at a community college and they were giving degrees on campus to Virginia Tech, James Madison, and other state schools right there on campus. The whole allure of going away I hope remains out there for a lot of kids. But for some it isn’t what they want, isn’t what they can afford.”